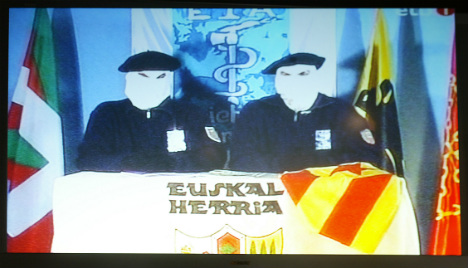 A crimes against humanity probe has been opened against Basque separatist group, Eta. Photo: AFP

The probe came in response to a complaint filed by several victims' associations and will target killings and kidnappings that Eta is accused of carrying out after 2004, according to court documents.

In a judicial decree, Judge Juan Pablo González asked the Spain’s National Police and Civil Guard to provide the court “as soon as possible” with information on any cases of murder or kidnapping that may have been carried out by Eta since October 1st, 2004.