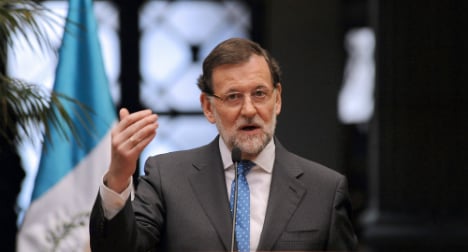 “What matters is that Greece knows we are willing to help… but the key is that in exchange the reforms necessary for growth and job creation are carried out,” Rajoy said in an interview with the Telecinco TV station. “Solidarity, yes, but that has to be accompanied by responsibility.”

The Spanish premier added that the decision over Greece's future concerned not just Greece but the whole European Union, and urged his Greek counterpart Alexis Tsipras to “negotiate quickly” because the situation is one of “an impass for everyone”.

Rajoy said he was in agreement with French President Francois Hollande and German Chancellor Angela Merkel over how to approach the crisis, adding that “the ball is in the Greek government's court” and insisting repeatedly on the need for reforms.

He declined to address the issue of possible debt relief for Greece, saying only that Athens had benefited from similar measures in the past.