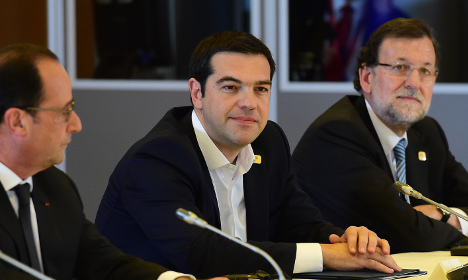 Greece “has the right to ask for a third rescue package. The Spanish government is open to these negotiations,” the minister told a news conference before adding that Greek economic reforms are “inevitable”.

“Given the circumstances, from the point of view of the markets it is absolutely necessary,” he added aid in the first reaction from Spain's conservative government to the outcome of the Greek referendum.

De Guindos said that Spain is “absolutely not contemplating” a Greek exit from the eurozone, or Grexit, saying that “we all want Greece to remain part of the euro”.

But the minister also emphasized that the rules on deficits and debt levels must remain the same as before the referendum.

The minister said the Spanish government had the “utmost respect” for the referendum vote and that it was a “democratic act” with results that were “conclusive” from the perspective of the Greek population.

De Guindos shrugged off the prospect that Greece's troubles could harm Spain's economy.

“The position of the Spanish economy is completely different,” he said.

De Guindos has noted distinctions between Greece and Spain, saying that their economic situations are “in no way comparable” thanks to reforms and gradual growth under Prime Minster Mariano Rajoy.

The minister said Greece is very different because their economy is now unable to progress and thus it is “more relevant” that their government implement reforms that will allow the country to grow without thinking about debt restructuring and conditions of debt services.

Despite warnings from European leaders that Sunday's referendum was effectively an in-out poll on the euro, more than 60 percent of the Greek voters heeded their government's call to vote “No”.

Greek Prime Minister Alexis Tsipras had argued during the campaign that a “No” vote against accepting debt reform proposals from Greece's creditors – the so-called “troika” made up of the European Central Bank, the European Commission and the International Monetary Fund (IMF) – would strengthen his
hand in future negotiations.

De Guindos recognized that Greece's creditors had made “mistakes” in their handling of the crisis.

“I think that there were mistakes on the part of the troika, but it is inevitable that Greece make reforms because there have been nations that have done them and they are emerging from the crisis,” he said.

Spain was battered by the global financial crisis and only emerged from a double-dip recession at the end of 2013.

Its economy has grown for the past seven quarters although the jobless rate remains high at 23.8 percent, the highest in the European Union after that of Greece.