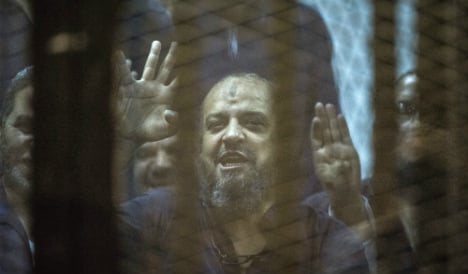 Egypt on Thursday denied as “false” a claim by a Spanish reporter who said he fled the country to avoid arrest after writing a book on the blacklisted Muslim Brotherhood.

Ricard Gonzalez, 63, told AFP on Tuesday that he fled Egypt two weeks ago on the advice of Spanish authorities who told him he was facing “an imminent risk of being arrested”.

“I asked about the nature of the threat, they didn't elaborate on that,” he said in a telephone interview.

But Egypt's press and information office which accredits foreign correspondents said that Gonzalez, who wrote for the Spanish daily El Pais, gave no evidence of any alleged threat.

“It is important to note that at no point did either Mr. Ricard Gonzalez of El Pais or the Spanish embassy in Cairo present any complaint or even enquiry of any kind regarding the threats of arrest of any kind,” a statement said.

It said that instead Gonzalez “chose to leave” Egypt, where he had been working as a foreign correspondent since 2011.

The statement insisted Gonzalez was “free to practise his profession as a journalist with no constraints” throughout his stay in Egypt.

Gonzalez said the Egyptian embassy in Madrid had expressed reservations about El Pais's coverage of the country under President Abdel Fattah al-Sisi.

And he added that the warning he received from Spanish authorities about his possible arrest could have been linked to his book “The Rise and Fall of Muslim Brotherhood”.

The group is banned in Egypt and designated a “terrorist” organisation.