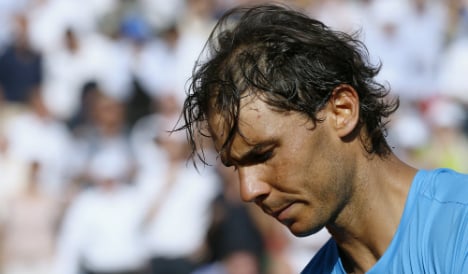 Rafael Nadal was sent crashing out of Wimbledon by dread-locked German qualifier Dustin Brown on Thursday, his fourth successive humiliation at the All England Club.

It was the 29-year-old's first ever defeat to a qualifier at a Grand Slam and came in the aftermath of losing his French Open crown where he had been champion nine times.

“But end of the day, that's sport. Good moments, bad moments. Obviously today is a bad moment for me. Just I need to accept these kind of things that can happen. I did all my career.”

The Mallorcan native cast doubt on his Wimbledon future during a post-match press conference:

“My motivation is try to be back to that level. But I've got to keep working.

The loss followed his 2012 second round exit to world 100 Lukas Roso, a first round beating by the 135-ranked Steve Darcis in 2013 and last year's fourth round defeat to Nick Kyrgios, who was at 144.

Down at his lowest ranking for a decade – 10 in the world – Thursday's defeat was yet another symptom of the great Spaniard's game being in a terminal state of decline.

“I will keep going. It's not the end. Is a sad moment for me, as I said before. But life continues. My career, too. I have to keep going and working more than ever to try to change that dynamic.”

For Brown, who once drove to tournaments in a camper van to save money, it was his second win against Nadal having also won on grass in Halle in 2014.

It also gave him a third round clash against Serbia's Viktor Troicki.

“I had actually never been on Centre Court before,” said Brown.

“They asked me before the match if I wanted to go on the court. I didn't know what was going to happen, so I just said I'll just go on when I play.

“I thought I would freak out a little bit but I don't know if it was the match in Halle, it felt very familiar. It wasn't obviously that big of a court but being on grass, being with him on the court and having won the last match it made me feel more comfortable.”

He added: “It's easy for me to play my game against someone like him because I have nothing to lose.” 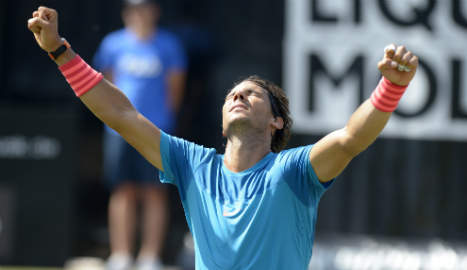