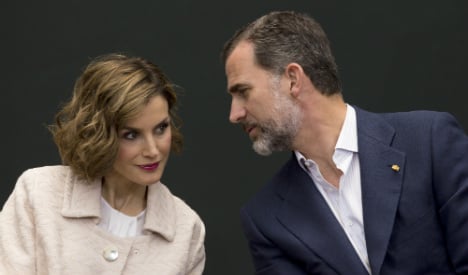 Spain's King Felipe and Queen Letizia are on their first state visit to the Americas this week. Photo: Hector Guerrero/AFP

President Enrique Pena Nieto welcomed the royal couple at the Campo Marte military field in Mexico City, where they were greeted with a cannon salute and a military parade.

“This visit will serve to compare again the many things that 170 million Mexicans and Spaniards have in common, and the enormous potential in front of us,” Felipe said.

Felipe traveled to the eastern port of Veracruz in December to attend the Ibero-American Summit, but this is his first state visit since ascending to the throne in June 2014.