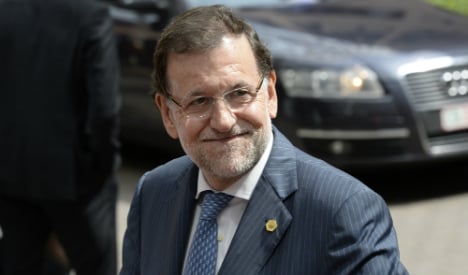 The government, which is facing a year-end general election, had earlier this year hiked its economic growth forecast to 2.9 percent for 2015 and 2016.

It is more optimistic than the Bank of Spain which sees the eurozone's fourth largest economy expanding by 3.1 percent in 2015 and 2.7 percent in 2016.

Spain officially exited recession in late 2013 and the economy grew by 1.4 percent last year as consumer spending and investment improved.

It was 23.8 percent at the last count in the first quarter of this year.

Within the eurozone only Greece had a higher jobless rate, of 25.6 percent in March, the latest data available.