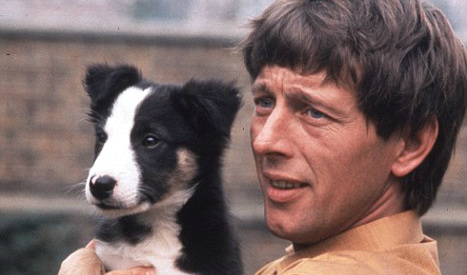 The 81-year-old who suffers from Alzheimer’s disappeared outside his home on Tuesday morning while out for a walk.

Police teams conducted a massive search for the former children's television presenter and he was eventually spotted him around 7pm in the evening lying in long grass in a field near his home.

He had been hidden from searchers in the long grass of a storm drain and had been too weak to call out for help.

Although very weak and suffering from heat exhaustion and dehydration, Noakes had suffered no physical injury and was transferred to the Son Espases hospital.

On Wednesday morning, local authorities described him as “recovering well”.

“He was released last night from hospital. He is back home after recovering well,” a spokesman at the Son Espases hospital told The Local.

He has been living on the island with his wife, Vicky, for more than twenty years.

Police teams had focused the search around his home outside the resort of Andratx and had gradually extended the area throughout the day.

The town hall of Andratx posted an update on their facebook page informing of his rescue and said he had been found. “He is stable and has been transferred to hospital for a full check up”.

The day before they had issued a recent photo along with an appeal for information.

Noakes is known to a generation of Blue Peter viewers as the owner of black and white Border Collie, Shep.

He remains one of the show’s longest-running presenter after spending more than 12 years on the show during the sixties and seventies.