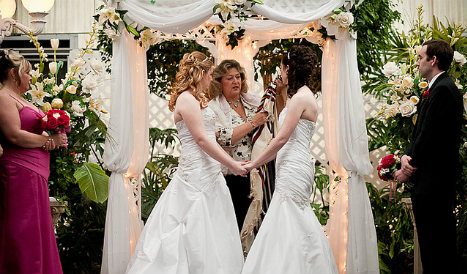 Today, as the world is still toasting the United States’ decision to legalise same-sex marriage, Spain is celebrating a whole ten years of its own groundbreaking gay marriage amendment.

In the last decade LGBT couples have wed in venues across the country – cities, beaches, mountains, islands – and so gay weddings in Spain are becoming ubiquitous in this once traditional Roman Catholic nation that was ruled by a fascist dictator until 1975.

To mark the anniversary of one of the nation’s proudest moments, The Local rounds up the very best places to get married in Spain.