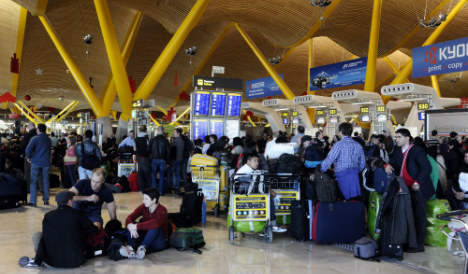 “The USCA thinks that the decision to maintain sanctions against the 61 air traffic controllers is incomprehensible,” the trade union said in a statement released on Monday.

They confirmed the strike days with a tweet, blaming the lack of will by Enaire to reach an agreement.

Enaire, which runs the majority of airports in Spain, fined 61 air traffic controllers from Barcelona Control Centre one month's salary, as well as suspending them for a month, because of a strike which led to a national emergency in 2010.

It was the first time the Spanish government had called a state of alert since its return to democracy after the death of dictator Francisco Franco in 1975. Air traffic controllers were escorted back to work by armed guards.