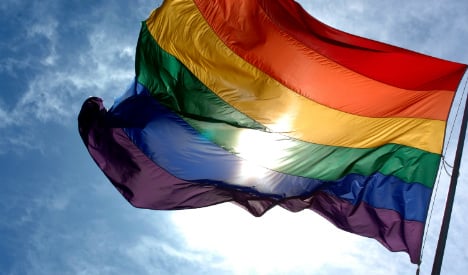 As the dust settles on a many a party celebrating the legalization of gay marriage nationwide in the United States, Spain prepares to celebrate the 10 year anniversary of its own legalization of equal marriage.

From as early as 2004, Spain’s newly elected Socialist government led by José Luis Rodríguez Zapatero had been petitioning for the legalization of same-sex marriage.

Five reasons why it's good to be gay in Spain

The country’s parliament and senate passed the law on June 30th 2005, with it coming into force three days later on July 3rd.

Two weeks later, on July 11th, Spain’s first ever same-sex wedding took place when couple Emilio Menéndez and Carlos Baturín, who had been together for 30 years, married in Madrid (pictured below). The law made Spain only the third country in the world to legalize same-sex marriage, after the Netherlands and Belgium and 17 days ahead of Canada.

Despite Spain’s reputation as a traditionalist and religious country, 66 percent of Spaniards supported the law at the time, even amid protests from the Roman Catholic Church that it would “devalue marriage”.

There were 31,610 same-sex marriages in Spain between 2005 and 2015 according to the country’s institute of national statistics (INE).

The highest number of same-sex marriages took place in 2006, with many couples, unsure if the law was here to stay or if it might be repealed at any moment, adopted a “now or never” attitude, according to Spanish daily, El País.

The law was strongly opposed by the opposition Popular Party. When conservative Prime Minister Mariano Rajoy took office in 2011, he professed his opposition to same-sex marriage, but said he would wait and see what the country's Constitutional Court would rule on the issue.

The law was upheld by the court, with eight supporting votes and three against. The conservative government said it would abide by the ruling and the law would not be repealed.

Since the introduction of same-sex marriage, Spain has ranked among the best countries in the world for gay rights.

Revellers from around the world flock to Madrid's Pride parade in the first week of July for one of the biggest LGBT celebrations in Europe. The weekend of partying, marches and concerts that unites all Madrileños, gay and straight, attracts around 1.5 million visitors.

This week for the first time, the rainbow flag will be flown from City Hall during Pride, an initiative from the new coalition left administration led by Manuela Carmena, who ended a 24-year rule by the conservative PP party.

The flag will fly as a tribute to gay rights campaigner Pedro Zerolo, who died of cancer in early June.

But while Spain did lead the way for same-sex rights worldwide, there is still room for improvement.

Recent figures revealed that gay people are the biggest target of hate crimes in Spain, while Madrid Metro recently fired several staff members over a gaffe in which a memo was sent out warning employees to be suspicious of gay people.