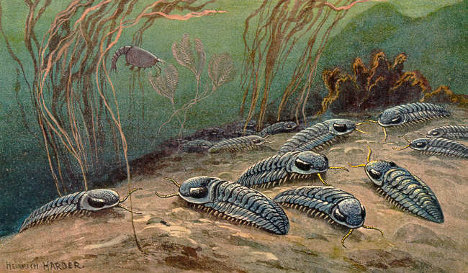 The team of experts from various Spanish universities were doing research a few weeks ago in the village of La Rinconada de la Sierra in Salamanca when they said they found the fossilized creature after digging all day, reported Spanish news agency EFE on Sunday.

At perhaps more than 520 million years old, the fossil could be the oldest of its kind in the world.

Trilobites are one of the earliest known groups of ocean-dwelling anthropods that have been extinct for about 250 million years.

Thus far, this kind of trilobite fossil has only been seen in Siberia, Morocco and along the border between Mexico and the United States, making this discovery especially noteworthy for Spain.

The area where the trilobite was proved great for archaeologists because its eroding terrain and exposed rocks make it easier to discover fossils that have been hidden for millions of years.

The team was part of a UNESCO project, looking into redefining the period of time when this creature existed, the Early Cambrian period, which was about 521 million years ago.

The fossil has been transferred to the Museum of the University of Zaragoza and the team is expected to release scientific publications about the finding in the coming weeks.

There is only one other similar fossil, located in Alconera in Badajoz, according to EFE.