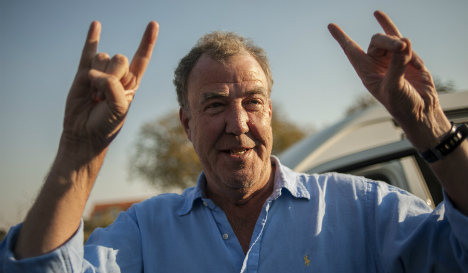 Jeremy Clarkson is not one to shy away from straight talking, and in the light of recent scandals he might have been expected to watch his words a little bit more. But far from it.

The former host of BBC2’s motoring programme, Top Gear, who was fired after hitting one of his producers, caused outrage in Spain with a recent review of the Spanish made SEAT Leon X-Perience.

Entitled Does this Spanish fly? No, it’s a homage to catatonia, the review published in the Sunday Times  was less than complimentary about one of Spain’s biggest exports.

For starters Clarkson claimed he had never before driven a SEAT because, “the company has never offered and I’ve never asked because I couldn’t really see the point.”

@JeremyClarkson “…I have never once driven a Seat.” http://t.co/SXaGiDvDkm Good one Mr. Clarkson

His point was disputed in the comments section under the article, while Twitter user Jorge provided the proof that Clarkson’s brain must be failing him; he had in fact driven a SEAT on an old episode of Top Gear.

But it wasn't just the car manufacturer or the model that Clarkson railed against. He turned his acerbic tongue on the nation of Spain itself.

“SEAT wasn’t created by one man with a vision and a passion for speed, beauty, and power. It was created because at the time Spain was emerging from its Third World status and the government didn’t want its people squandering their beads and their chickens, or whatever currency they used at the time, on high-value imports such as cars,” Clarkson wrote in the article.

He claimed that he had never taken much notice of SEAT when the car first started making Fiat Panda’s under license because, “…why would I care about an Italian car made by a bunch of people who the week before had been shooting one another and stabbing cows?”

Clarkson went on in the article to give the Spaniards a backhanded compliment, snarkily praising their fishing skills while simultaneously accusing them of illegal fishing practices as well as slamming their car manufacturing prowess:

“Who would choose to have his car made by Spaniards, who are good at fishing off Cornwall, when he could have the exact same thing made by Germans, who, let’s be frank, are good at making cars?”

His ultimate verdict of the car? “All the excitement of a lukewarm paella”.

The review has riled up Spanish media and diplomats alike, with the Spanish embassy in London even writing to The Sunday Times this week in response.

“After his remarks about many other countries, Jeremy Clarkson summed up Spain’s contribution to universal culture with characteristic flair and brilliance: “a bunch of people who the week before had been shooting one another and stabbing cows,” wrote Immaculada Lopez, economic and cultural councillor at London’s Spanish Embassy.

“We are glad Mr Clarkson at least went on to acknowledge that Spaniards 'are good at fishing off Cornwall', although we wonder about the reasons for the geographic limitation of our fishing prowess.”

“Spain is the second car manufacturer in Europe after Germany and ranks 8th worldwide.”

“More than 2m people all over the world buy Spanish-made cars every year and they seem perfectly happy with the product and strangely impervious to Mr Clarkson’s thoughtful, balanced and always entertaining views.”