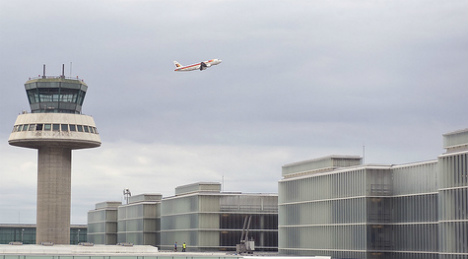 The Unión Sindical de Controladores Aéreos (USCA) complained that the demands by Spain’s Ministry of Public Works for a minimum service were “abusive”.

“It constitutes a violation of the legitmate right of (air traffic) controllers to strike.. because it forces 99 per cent of those on duty to turn up to work,” said their statement released on Wednesday at the start of a second day involving strike action.

The ministry has demanded that a 70 percent minimum service be met during two hour stoppages called morning and evening on four days this week.

The minimum service has so far guaranteed minimal disruption to the flights during strikes scheduled for the start of the busy summer holiday season.

The guarantee to provide a minimum service of 70 percent was negotiated between the government and ENAIRE, the publically owned air traffic control company but does not have support from the controllers themselves.

“The controllers' union believes that the minimum services violates their fundamental right to strike, a clearly discriminatory measure when compared to other groups of workers involved in essential public services, and, of course, compared to our counterparts across Europe,” the statement explained.

The union said that its compliance with the minimum service stipulation was an act of goodwill and showed the willingness to negotiate towards a satisfactory outcome. But the union also said it would appeal the decision to set minimum services.

The first day of strikes on Monday saw virtually no delays to any flights at airports across Spain as a direct result of the strikes.

Airlines expressed expectation that there would be minimal disruption over the further stoppages called for Wednesday, Friday and Sunday during the hours of 10am-12pm and 6pm -8pm.

“There were no delays on Monday (due to the air traffic controller strike),” confirmed a Ryanair spokesman to The Local. “Our flights operated as normal.”

“Our operations to/from Spain continue to run as normal,” a spokesman from Ryanair told The Local. “Customers travelling to/from Spain should check the status of their flight on the Ryanair website before travelling.”

AENA, Spain’s airports operator continued to warn travellers that delays could occur and to check the status of their flight with the airline.

On Monday’s Spain’s government warned that up to 5,300 flights could be affected by the strike action this week.

Spain’s military was called in to take over air traffic control five years ago after controllers called wild cat strikes during a dispute with airport authority Aena over hours and conditions.