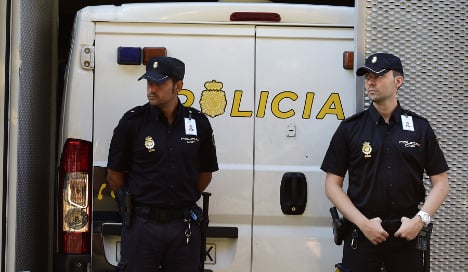 The woman was accused of one robbery involving violence and intimidation; another 11 robberies with force; 15 crimes of falsified documents; 15 counts of stolen identity and 25 incidents of scam, according to a report in Spanish newspaper 20minutos reported on Friday.

Police said the woman managed to commit all alleged crimes in less than six months.

El Pais newspaper reported the woman to be 44-year-old María Milagros I. R. of San Blas and her daughter to be Rosa María M. I., 19

El Pais also wrote that the case was still under investigation and the number of crimes could increase.

Police began investigating in November of last year when they learned about various robberies where documents and wallets were stolen from victims and later used to make online purchases, obtain credit and set up telephone lines.

Victims of theft later reported credit card charges from stores or websites they had never visited.

Investigators then started to make the connection between the crimes and were able to locate the women.

El Pais reported that the mother has been arrested previously for similar crimes.

When police went to the woman's house, they found multiple objects from the crimes, including six national identity documents, two computers, four pen drives, a large quantity of the items purchased online, eight phone cards and a falsified work contract.
Some of the stolen items had also been sold to third parties.