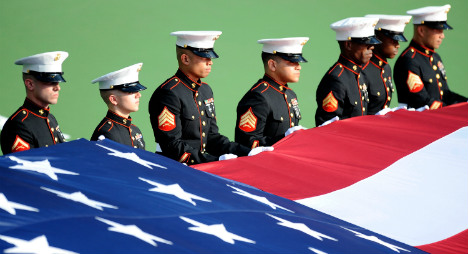 The cabinet of Prime Minister Mariano Rajoy approved the deal on Friday morning which will see the number of American troops increase to almost 3,000.

There are currently only 850 US personnel stationed at the air base in southwestern Spain but permission has been given for a further 2,200 marines plus 500 civil staff.

The number of aircraft at the base will be increased from 14 to 40.

“The deployment at the Moron base will be made permanent with a force of 2,200 military personnel and 500 civilian staff plus 26 aircraft,” the deputy PM said.

“The aim is to contribute to the stability of the region and common security in Africa, Europe and the Middle East,” Saenz added.

In return the US has agreed to invest €29 million in improvements to the air base, a move which will encourage job creation in the economically suffering area of Spain

The approval comes two days before US Secretary of State John Kerry arrives on an official visit to Madrid.

He is expected to sign the agreement on Monday.

The new agreement must then be ratified by Spain’s parliament under the 1988 bilateral treaty that states US presence at the base must be reviewed annually.