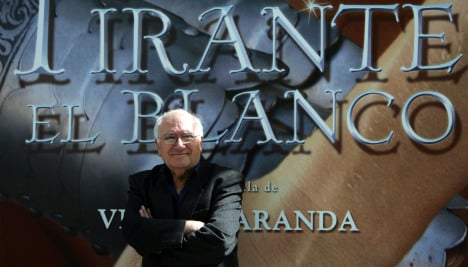 Aranda was born in Barcelona on November 9th 1926 and was a founding member of the Barcelona School of Film.

One of the director’s most internationally acclaimed films was Amantes (1991) a film noir that follows the passionate affair between a young man and an older woman, played by Jorge Sanz and Victoria Abril, behind the back of his innocent young girlfriend (Maribel Verdú).

The film won best film and best director at the Goya’s, Spain’s most prestigious film awards and almost immediately became a modern classic of Spanish cinema.

Aranda was also famous for his film adaptations of novels, including Time of Silence (1986) based on the novel by Luis Martín Santos, considered one of the best Spanish novels of the 20th century

His last film was Luna Caliente (2009) after which Aranda retired from directing.

The president of the Spanish Academy of Cinema, Antonio Resines commented on Twitter “one of the greats has left us”.

Aranda had been suffering from Parkinson’s disease and passed away on the morning of Tuesday May 26th in his apartment in Madrid, confirmed Spanish radio station Cadena Ser.