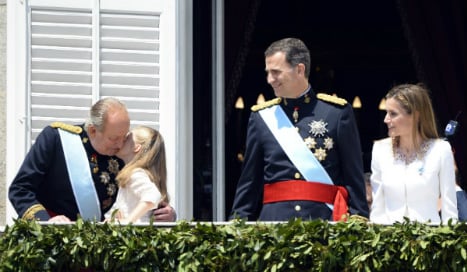 Princess Leonor gives her grandad, the former King Juan Carlos, a kiss, on the day of her father's coronation. Photo: AFP

Spain's nine-year-old heir to the throne is on Wednesday set to celebrate her First Holy Communion.

Princess Leonor, the eldest of King Felipe and Queen Letizia's two daughters, will receive her First Communion along with her Year 4 classmates in the parish of la Parroquia Asunción de Nuestra Señora de Aravaca, in Madrid.

The youngester became Spain's heir when her grandfather, King Juan Carlos, sensationally abdicated in 2014, making way for his son, Felipe to take the Spanish crown. 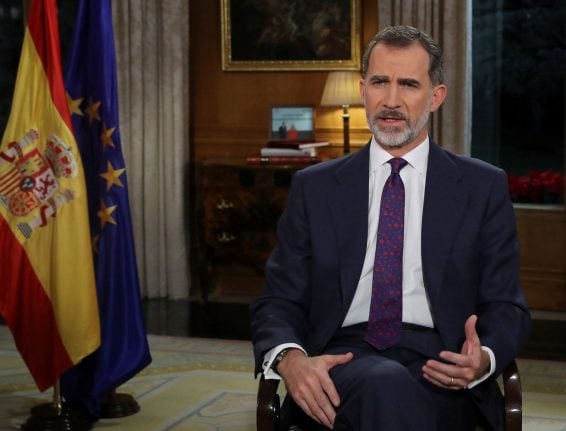 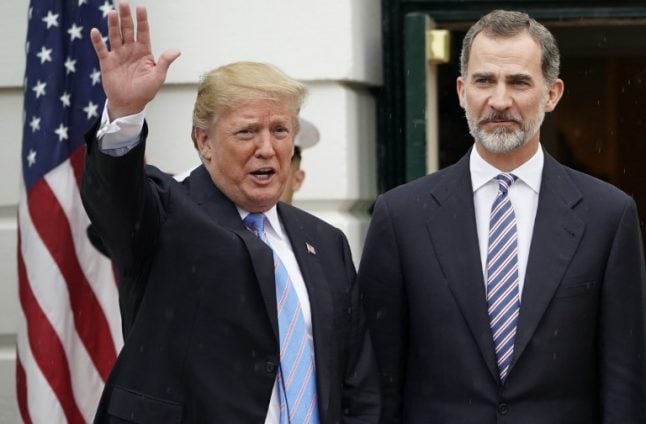