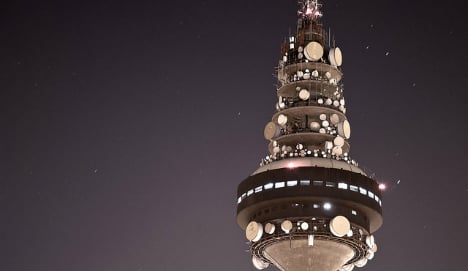 Opposition parties and workers at TVE accuse the station's news programmes of favouring Prime Minister Mariano Rajoy's government and downplaying critics and news that could hurt the ruling Popular Party.

They say the problem began after the government in April 2012 — just four months after it took office — abolished a requirement that the channel's president be approved by a two-thirds parliamentary majority.

"Since then cases of manipulation and censorship and complaints by news professionals have been constant, and it has gotten worse as the elections approach," Socialist lawmaker German Rodriguez told parliament.

"Public television is there to serve the people not to serve the electoral interests of the Popular Party," he added.

Elections will be held in 13 of Spain's 17 regions, as well as in municipalities across the country, on May 24 with parliamentary elections slated for the end of the year.

The station's Information Council, an internal ethics watchdog elected by TVE's editorial staff, delivered a report to the European parliament earlier this month in which it accused the channel's news programmes of "pro-government manipulation".

Budget Minister Cristobal Montoro said censorship and manipulation "are practices that obviously are not carried out and would be offensive" for news staff at the station.

"We should let them exercise their freedom of judgement and we will gain balance of communication," he added.

But Rodriguez cited a series of what he called "flagrant examples" of biased coverage by the station to back his accusation.

In one recent 15-minute segment of the evening news 15 cabinet ministers appeared and only two members of opposition parties, he said.

"While all other national channels and even some international ones, like the BBC, did not doubt to open their newscasts with this news, it was only the fourth item on TVE, which opened with a report on how cold it was that day," it said in a statement.

"It was the laughing stock of international media," it added.