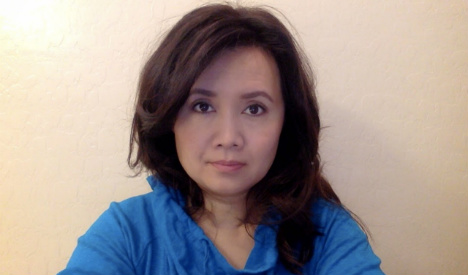 Denise Pikka Thiem, a 40-year-old Chinese American has not been seen since April 5th after she spent the night in the village of Hospital Órbigo before setting off for Astorga in the Leon province.

The woman, who is from Arizona, is 160 cm tall with long straight brown hair and weighs between 50 and 53 kgs.

The National Police force are appealing for others walking the Camino de Santiago who may have met her on the way to come forward.

The alert was raised after the pilgrim’s brother came forward to say he was worried.

Cedric posted a message appealing for help from other travelers on one of the Camino de Santiago forums. “My sister’s name is Denise Thiem, she's a Chinese American woman. Also known as Arizona.

“The reasons I'm worried is because I haven't communicated with her since the April 1st. I checked her email accounts and April 4th was time she done anything and 6th April when she last had any bank account activities,” he wrote.

“I've been talking to someone that last saw her in Manila de las Mulas (just before Leon) on 3/31. Last email sent (4/4) She was in Astorga and heading for El Ganso the next day. She asked around and no one has seen her since Astorga,” the message read.

The family has distributed a video appealing for information and has set up an email where anonymous tips can be sent. [email protected],com

Spain’s National Police have asked anyone with information to telephone: 091 or 987616091.