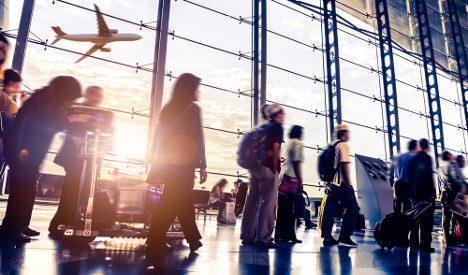 Photo of an airport: Shutterstock

There were a total of 4,718,864 foreigners registered in Spain as of January 1st, 2015, a 6.1 percent decline over the same period a year ago, according to preliminary figures from the National Statistics Institute.

The biggest falls in percentage terms were among immigrants from Spain's former colonies in Latin America.

Romanians and Moroccans are the two largest groups of immigrants in Spain but their numbers shrunk as well last year.

The number of British nationals registered in Spain fell by 6.0 percent to 282,120.

Foreigners have been especially hard-hit by Spain's economic downturn, sparked by the collapse of the labour-intensive property boom in 2008.

Spain returned to growth last year, with an expansion of 1.4 percent. While the unemployment rate has started to fall, it stood at 23.7 percent at the end of 2014, the second highest rate in the eurozone after Greece.

The number of Spaniards in the country increased by 134,231 bringing Spain's total population to 46.6 million.

PARTNER CONTENT
The internet is not your doctor: When self-diagnosis goes wrong