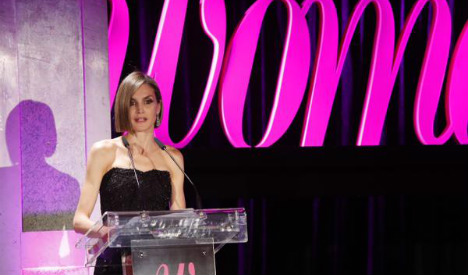 Queen Letizia showing off her new bob at the Woman Awards in Madrid. Photo: Royal Palace/Twitter

The Spanish royal was attending the first Woman Magazine awards in Madrid on Monday evening, where she presented Mexican actress Salma Hayek with an award.

The magazine also honoured doctor, María Neira, and the orchestra director, Inma Shara, at the event, held in Madrid’s casino.

During her speech, Letizia said that there are still "many things that need to improve and change" in the world of women, among which she cited "female unemployment, violence and pay inequality".

The Queen will no longer be sporting her trademark chignon, seen here on a visit to France when she met President Francois Hollande. At the Woman magazine awards the former journalist and divorcee, who married the then Prince Felipe in 2004, wore a strapless black sequined gown, accessorized with black clutch and diamond earrings.

She "caused a sensation with a daring haircut", according to Spanish Vogue

Social media users likened her new style to that sported by former Madrid resident, Victoria Beckham, who pioneered the pob, or the "posh bob", referring to her as "Letizia Beckham".

Another Twitter user remarked she had "done a Gone Girl" comparing her cut to that of the lead character in the 2014 blockbuster.

One of the youngest royals in Europe and certainly the most stylish, it will not be long before the "quob" (that’s queen’s bob for those in the know) comes to a hair salon near you. 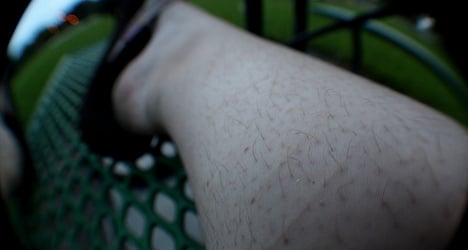 BLOG
‘Women should learn to accept their body hair’
Url copied to clipboard!