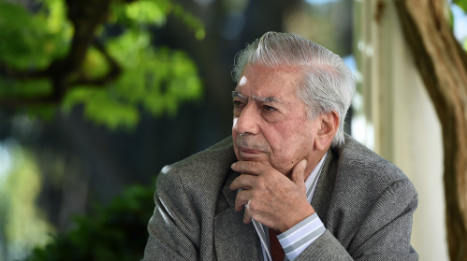 In a column in top-selling Spanish daily El Pais, the Peruvian hailed Hirsi Ali's latest book "Heretic" in which she argues for a major overhaul of Islam, akin to the Protestant Reformation of the 16th century.

"Islamic fanatics wanted to bring her to an end and they have not managed to do so, it is not impossible that they will keep trying as she is one of the most articulate, influential and valuable adversaries which they have in the
world," Vargas Llosa wrote.

"How extraordinary that it is a Somali, who was educated in Saudi Arabia and Kenya…who defends with such conviction and passion the culture of freedom, the West's best contribution to the world, before an apathetic and sceptical Western audience," he added.

Born into an orthodox Muslim family in Somalia in 1969, Hirsi Ali later fled to the Netherlands in 1992 to escape an arranged marriage.

Hirsi Ali left the Netherlands for the United States in May 2006 following a bitter row which broke out when she admitted lying about her age and name in her Dutch asylum request.

She says she broke definitively with Islam following the September 11 attacks in the United States and has since become a fierce defender of secularism and Muslim women's rights.

Her outspoken criticism of Islam turned her into a target for extremists and she has received death threats.

Vargas Llosa, 78, one of the most acclaimed writers in the Spanish-speaking world, received the Nobel Prize for Literature in 2010.

A journalist and prominent public intellectual as well as a novelist and playwright, he is best known in the English-speaking world for novels such as "The Time of the Hero" and "The War of the End of the World".