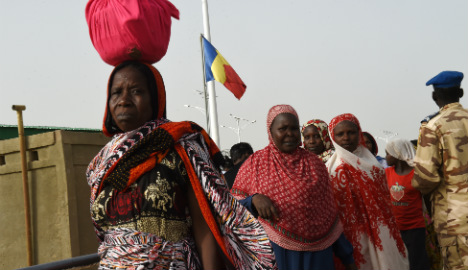 Christelle Nangou, 29, initially had her request for asylum rejected by Spain’s Interior Ministry and was due to be repatriated to her home country in West Africa.

She argued that she was persecuted in her own country because of her sexuality and risked being sent to prison if she was returned.

After 23 days trapped at the airport refusing, sometimes physically, to board a `plane, while a lawyer took on her case and appealed to the European Court of Human Rights in Strasburg, her plight came to light.

The ECHR stayed the expulsion order until April 17th to allow Nagou’s lawyer time to present the case but on Wednesday evening a parliamentary committee agreed to grant her request for asylum on "humanitarian grounds".

"We straightened out the case, legally" Delia Blanco, the socialist MP on the crossbench committee told Spanish newspaper El Pais: "Speed is important in these cases so we had to find an alternative route," she said explaining that Nangou had now been transferred to a Red Cross shelter.

"She was scared but appears much calmer," said Blanco.

In Cameroon homosexuality is illegal, and can carry a prison sentence of five years.

Nangnou applied for asylum explaining that she fled her homeland when she found out that the police were after her. She told officials in Spain that her photograph was published in a local newspaper under a headline that read: "Wanted: the leader of a group of lesbians.