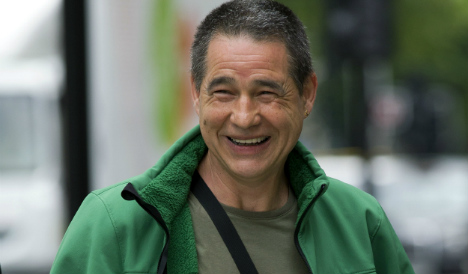 A British judge ruled on Tuesday that a convicted Eta militant who spent years in prison in Spain should be extradited back to the country.

Antonio Troitiño spent 24 years in Spanish prisons for his role in 22 murders by Eta, the armed Basque separatist movement.

Spain requested his extradition on the grounds of counterfeiting documents and belonging to a "terrorist group".

Judge Howard Riddle made the decision at Westminster Magistrates Court in central London. In the meantime Troitiño has been granted bail, a court official said.

In the 1980s, Troitiño was a member of Eta's Madrid unit, which carried out some of the separatist group's bloodiest attacks.

A legal bungle in April 2011 set Troitiño free and before it was resolved he went on the run to London, where he was arrested the following year.

In October 2013, he was among scores of Eta members formally released under a ruling by the European Court of Human Rights.

But the Spanish courts demanded Britain send him back to Spain to answer further charges against him.

Eta is blamed for more than 800 deaths in a four-decade campaign of bombings and shootings for an independent homeland in northern Spain and southwestern France.