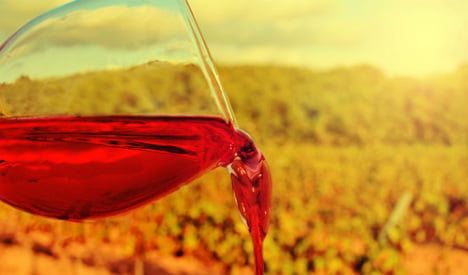 Photo of a glass of red wine: Shutterstock

Spain could be basking in temperatures similar to those in North Africa by 2050 if the climate change continues to affect the country and the current rate, according to a new report

The report, Cambio Climático en Europa 1950-2050 (Climate Change in Europe 1950-2050) by Spanish climatologist Jonathan Gómez Cantero warns that some of Spain’s most famous and successful crops could be at risk if nothing is done to tackle climate change.

Andalusian olives, lemons in Valencia and even the country’s vineyards in La Rioja could all be at risk if temperatures rise to equal those of Morocco, according to the report.

In Europe, the rate of warming has been 0.2 degrees above the world average and the continent experienced its hottest ever decade between 2002 and 2011.

Since the millenium Europe has experienced its hottest years on record.

The picture is even bleaker in Spain, which has experienced a rise in temperature of 0.5 degrees during every decade since the beginning of the 20th century. Add to this the decrease in precipitation since 1950 and you have a country that has become both significantly warmer and drier.

"The new report shows that climate change is already a reality in Spain," Jonathan Gómez Cantero, who authored the report and is a member of the UN's Intergovernmental Panel on Climate Change.   told The Local.

"People need to be informed and know the reality of this phenomenon," he added.

The aim of the report, presented by the Spanish political party Equo, is to bring climate change to the attention of politicians in the run up to the United Nations’ Climate Change Conference to be held in Paris in December 2015.

"The problem is that the Spanish government is currently conducting a series of measures that are completely contrary to the fight against climate change," Gómez Cantero told The Local.

"Oil drilling, fracking, high taxes for installing solar panels.. they are causing a serious problem because while the UN calls for the elimination of fossil fuels as early as possible, Spain is still looking for more and more."

Gómez Cantero also wants to raise awareness among the general public about the daily effects of climate change.

The objective is "to reach as much of the population as we can to make them aware of and understand how climate change has affected people and the environment," Gómez Cantero told Catalan daily, La Vanguardia.

The report has also warned that some of Spain’s key industries, such as agriculture, fishing and tourism run the risk of losing millions of euros and putting countless jobs on the line.

But as well as explaining the risks, the report sets out solutions to Spain’s climate change problem.

"The implementation of more efficient technology in cities and agriculture as well as promoting the use of public transport and electric cars would serve to greatly curb greenhouse gas emissions."

Rising temperatures would have a direct impact on Spain, which would see longer summers and warmer winters. Important crops would be lost and the number of natural disasters would increase.

December 2015's climate change conference in Paris is expected to be a new opportunity for governments to work on the issue, with US President Barack Obama aiming to forge a global climate change accord during the talks.