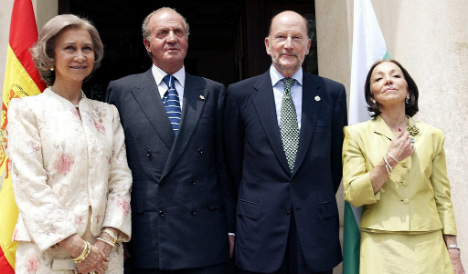 "His royal highness Prince Kardam passed away today, April 7th, at 11:30 am in the Madrid hospital Sanchinarro from a lung infection caused by his long immobilisation," a statement from his family said.

Kardam had failed to recover since he and his wife suffered an accident in which their Jaguar crashed into a tree in the town of El Molar, near Madrid, in August 2008. The couple had two children.

Kardam was the eldest of Simeon's five children and would have become heir to the throne if Bulgaria had not become a republic in 1946.

Simeon – a relative of England's Queen Elizabeth and Belgium's King Albert – who had become king at the age of just six was then chased into exile and lived in Spain for many years before returning to Bulgaria in 2001.

From 2001 to 2005, he became the only European royal to serve as prime minister, but then withdrew from politics.

He and his wife Margarita travelled often to Spain and were at Kardam's deathbed when he died, the family said.