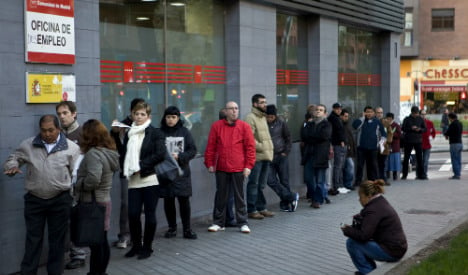 Registered jobless continued its two year downward trend with 60,214 Spaniards officially coming off the unemployment list, according to data published by the Ministry of Employment on Monday.

The report was hailed as providing the most positive data for a month of March since such records began 13 years ago.

It brings the drop in the official number of jobless to 343,937 since March 2014 leaving the total of unemployed at  4.45 million across Spain.

The data showed that 160,579 new people had registered as social security contributors during the third month of the year. However, the positive figures did not extend to youth unemployment with data showing that jobless among those aged under 25 years-old had risen slightly to 0.78 per cent on the month earlier.

The unemployment fall was noticeable in 16 of Spain’s 17 semi-autonomous regions and only went up in the Basque Country.

During a rare interview with RNE on Monday, Prime Minister Mariano Rajoy described the latest data as "sensational" and said it was a "sign of hope" for the jobless that the economy was improving.