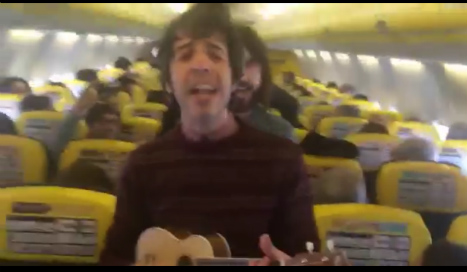 The Catalan based rockers Sidonie were moved to sing about Ryanair on a recent flight to Santiago del Compostela.

The group said they composed and performed the song on board after experiencing "the habitual lack of respect shown by Ryanair flight attendants".

A video uploaded on the band’s facebook page  entitled "We don’t love Ryanair" showed the band members ambling down the plane’s aisle crooning a catchy ditty while the lead singer strummed a ukulale.

"Ryanair/How we like Ryanair/ And its flight attendants/ They could not be nicer…"goes the song while fellow passengers clap their hands and join in the chorus.

With an explanation for the unusual 'pop video', the band posted the message: "After receiving, repeatedly, the habitual lack of respect shown by flight attendants on the Ryanair route to Santiago, we were moved to compose and perform a song dedicated to them and their irritable airline."

The video clip has already been viewed more than 23,000 times since it was posted on March 27th. 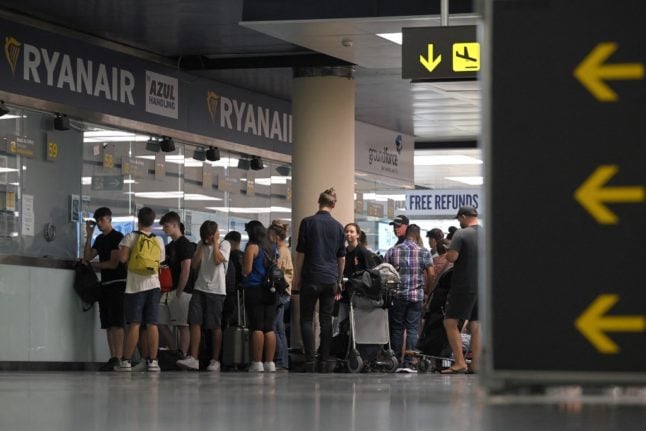