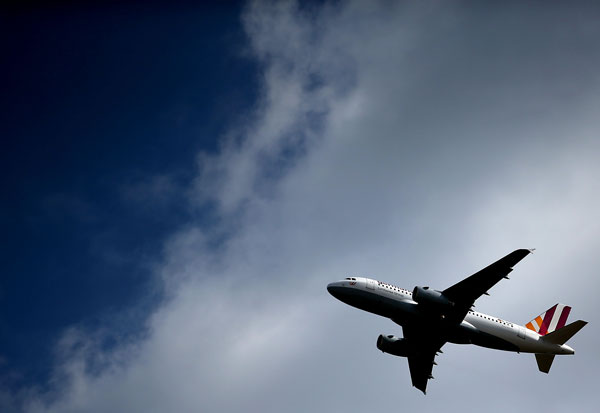 "On the basis of the EASA recommendations the European Commission launched, in late 2014, a process calling for accountability from Germany," he continued.

According to Saturday's edition of the Wall Street Journal, "EU officials said Germany's air-safety regulator suffered from chronic staffing shortfalls that could undermine its ability to run checks of carriers and crew, including medical checks."

An EU Commission spokesman told AFP that, based on the EASA findings, it had "told Germany to get its aviation industry in conformity" with the rules.

"Germany's responses are currently being evaluated," he added.

"This is part of a continuous system of supervision" in a process which can culminate in corrective action.

Andreas Lubitz, the co-pilot suspected of deliberately crashing a Germanwings airliner on March 24, had searched online for information about suicide and cockpit doors, according to prosecutors.

All 150 people on board Flight 4U9525 from Barcelona to Düsseldorf were killed when it crashed into the Alps in the bloodiest such disaster on French soil in decades.

German prosecutors have said Lubitz was diagnosed as suicidal "several years ago", before he became a pilot.

Germany's aviation regulator says it had no previous knowledge of Lubitz's struggle with severe depression before the disaster, a media report said Sunday.

The Federal Aviation Office (LBA) told the Welt am Sonntag newspaper that parent company Lufthansa had given it "no information about the medical background" of Lubitz.

In particular, Lufthansa physicians who examined Lubitz did not make the authorities aware of his "earlier phase of serious depression", the report quoted the LBA, which issues pilots' licences, as saying.

It said it first learned of Lubitz's mental health problems when it gained access to his file at Lufthansa's Aeromedical Center on March 27, three days after the crash.

Welt am Sonntag said that Lubitz had been tested at least six times by Lufthansa doctors since 2009 but after a psychological test was ordered that year, no further mental health evaluations were carried out.

The newspaper quoted Lufthansa as saying that it declined to comment due to the ongoing investigation into the crash.

The LBA could not immediately be reached for comment.

Lufthansa, the parent company of Germanwings, has come under huge pressure after it emerged that Lubitz had informed his bosses that he had suffered from severe depression.

Lufthansa said the co-pilot had told the airline in 2009 about his illness after interrupting his flight training.

Doctors had recently found no sign that Lubitz, 27, intended to hurt himself or others, but he was receiving treatment from neurologists and psychiatrists who had signed him off sick from work a number of times, including on the day of the crash.

Lufthansa chief Carsten Spohr has said the airline was utterly unaware of any health issues that could have compromised Lubitz's fitness to fly, calling him "100-percent airworthy".