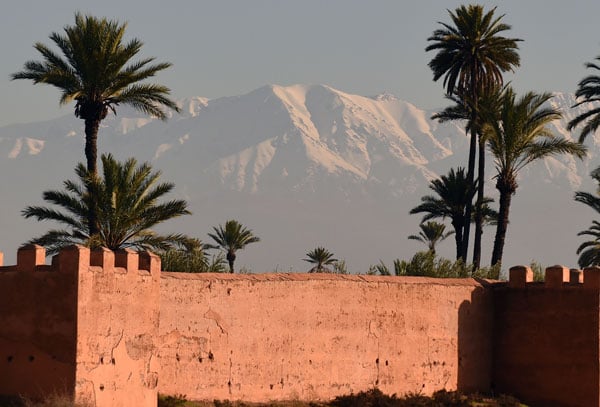 The three were found  at the bottom of a cliff in the Tamest area, Morocco's MAP news agency reported, without immediately giving any word on their state of health.

But while expressing caution, Zoubir Bouhour, head of the Ouarzazate regional tourism organisation, said they "appear to be alive."

Bouhour said "helicopters and elements of the civil defence were participating in the rescue effort."

The area they had been exploring includes peaks of around 4,000 metres (13,125 feet) that have been covered with snow from a heavy winter, and been subjected to a sudden rise in temperatures in recent days.

The three caving enthusiasts had been missing for several days and fears that they could have been caught up in flash floods caused by melting snow had prompted intensive air and ground searches.

They were part of a group of nine Spaniards who had split up on Sunday to explore different caves.

They were supposed to have met up in Ouarzazate, and when the three failed to do so by Tuesday afternoon their fellow cavers alerted the authorities.

Ouarzazate lies to the south of the mountain range on the edge of the desert, about 510 kilometres (320 miles) by road from the capital Rabat.The men were part of a group of nine Spaniards who had travelled to an area between the cities of Marrakesh and Ouarzazate and who split up on Sunday to explore different caves, the sources said.

The High Atlas is a wild green range famous for its trekking trails and includes the highest peak in North Africa – Jbel Toubkal, at 4,167 metres.

It is not known for being particularly dangerous, although there can be flash floods in its many ravines following sudden heavy thunderstorms.

Last autumn, around 50 people were killed by sudden flooding.