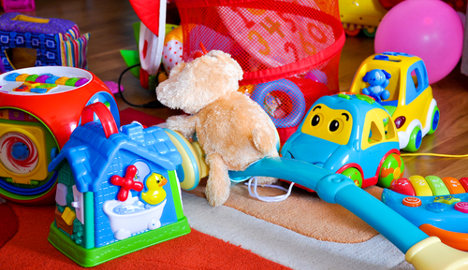 Toys made up the greatest portion of dangerous products removed from European markets. Photo: Shutterstock

Spain accounted for 280 of the total number of alerts received by the European Rapid Alert System for dangerous products, falling behind Germany (296) and Hungary (291).

Members of the alert system send a notification when a harmful product is found so that other countries may recall or stop selling the item.

Most of the alerts in Spain – 244 – resulted in what the report called "compulsory measures", including customs authorities preventing an item from being imported, or national authorities banning the sale of an item.

The number of dangerous product notifications across Europe increased from 2013 by 3 percent to nearly 2,500 dangerous products removed from EU markets, including toys, motor vehicles and clothing.

The European Commission said in a statement that this increase means "consumers are better protected as more dangerous products were stopped."

Toys made up the largest portion of items removed at 28 percent, followed by clothing, textiles and fashion items at 23 percent. The risks associated with such products were most frequently the risk of injury, chemical risks and choking.

"Every product in Europe needs to be safe for our citizens. Products that can cause harm have to be removed from the market as quickly as possible," said Věra Jourová, EU Commissioner for Justice, Consumers and Gender Equality, in a statement.

"This is the reason why we have created the Rapid Alert System. Over the years it has proven to be very efficient in keeping European consumers safe.

"This is a very practical example of EU cooperation to the benefit of our citizens."

Shoes, leather articles, toys and childcare items – which can contain plastic softeners that may cause fertility problems – as well as fashion jewelry caused the most alerts of chemical risks.

China was the country of origin of most dangerous products, with 64 percent of alert notifications related to Chinese items – the same percentage as in 2013.

Products from within the European Union and the European Economic Area made up 14 percent of those removed. Spanish-made products accounted for 15 of the flagged items. 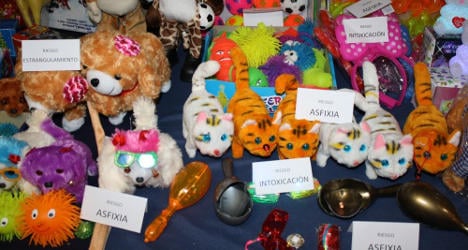