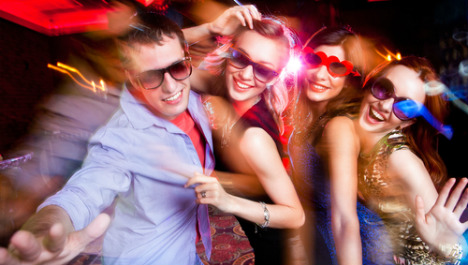 Condoms, drinking packs and hangover kits are being offered as part of a "party bus" deal for one of the biggest open air drinking sessions of the Spring.

Social media is currently full of deals, including packages of between €10 and €14 that include travel, condoms, alcohol and a hangover kit.

The event is known in Spanish as a macrobotellón, a giant version of a botellón or outdoor drinking, popular with teenagers and young people across the country.

Last year’s event saw 21,000 people descend on the Botellódromo, an area of the city dedicated to outdoor drinking parties. The event produced 45 tonnes of rubbish and riled local residents who complained of the disruption it caused.

José Jiménez, spokesman for local residents, told Spanish daily 20 minutes "whenever there are large gatherings of people it causes problems in the city; they block roads and cause businesses to close."

There are also reports that this year, some businesses have had to hire private security to avoid "heavy damage".

Granada’s city hall is currently finalizing a special operation that includes security forces and cleanup workers to make sure the party stays within the Botellódromo and does not cause any incidents.

Mayoral candidate for the UPyD, Mayte Olalla, told El Mundo that the festival should be held in bars and not in the botellódromo, which she suggested should be converted into "a cultural space instead of being used a dump".

While, Francisco Cuenca, a spokesman for the Socialist party in Granada has accused city mayor José Torres Hurtado of "promoting" Granada as "the city of the botellón".