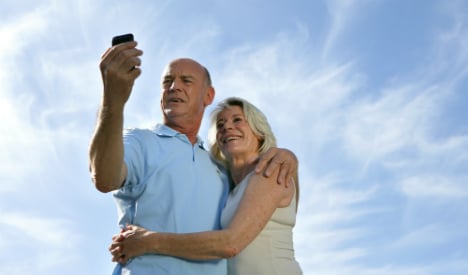 Photo of a couple looking at their phone.Shutterstock

The victims were tricked into giving up their savings with the promise that their properties would fetch a great price, then swindled again by the same people as they posed as lawyers who would take on their legal case.

Spanish police announced they had arrested 60 people for their involvement in one of the biggest scam operations on the Costa del Sol.

The victims are thought to number more than 500 people, most of whom were British citizens and not all of whom have been located, said Spain’s national police at a press conference in Malaga on Tuesday.

The scammers had a simple way of operating. Approaching people by telephone “they offered to buy their timeshares at a very attractive price and asked for an advance handling fee,” explained Spain´s National Police in a statement.

Some of the victims were then contacted by the same group of fraudsters who posed as a law firm and offered to help by initiating legal proceedings against the fraudsters.

Of course they demanded another advance sum and when it had been handed over, the scammers disappeared.

Police estimated that the fraud, which had been running since 2009 and was led by three alleged ringleaders, had scammed about €30 million.