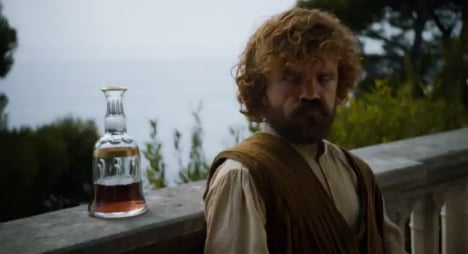 Canal +, the channel that broadcasts the hit US series in Spain, has announced that it will show the series simultaneously with the United States, meaning avid fans will have to get up in the middle of the night to catch the eye-wateringly early start time.

The first episode in the new series will be broadcast at 3am on the night between Sunday April 12th and Monday April 13th.

The simultaneous broadcast will take place across US network Home Box Office’s (HBO) network of channels in Asia, Canada, Europe, Latin America, the Netherlands and Scandinavia, as well as associated channels such as Canal + in Spain, reported Spanish daily, 20 minutos.

Game of Thrones will be broadcast in its original English version with Spanish subtitles on YOMVI, the streaming service of Canal +.

Spanish fans are looking forward to spotting some local landmarks; part of the fifth series was filmed in the southern Spanish city of Seville. Landmarks to look out for include the Real Alcazar palace (pictured), a classic example of Islamic architecture that includes elaborate courtyards surrounded by columns and beautifully tiled halls.

The city is looking forward to the boost in tourism associated with featuring in the popular programme.