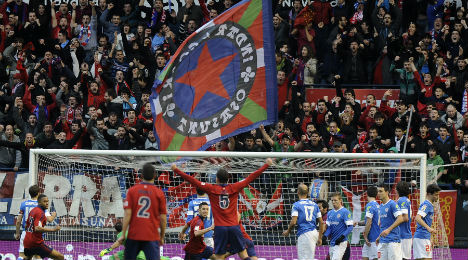 Another former member of the Osasuna board, Jesus Maria Peralta, has also been remanded in custody without any conditions for bail, the official Twitter account for the Navarran High Court of Justice confirmed.

Both men were arrested along with another ex-director of the Spanish second division club, Angel Vizcay, on Thursday after both Osasuna and the Spanish Football League presented findings that missing money from the club's accounts could have been used to fix matches towards the end of last season.

Last month the current Osasuna board announced that just over 2.4 million euros from the club's accounts couldn't be accounted for.

Archanco was in charge of the Navarran club from 2012 to 2014, but resigned after Osasuna were relegated last May after a 14-year stay in the top flight.