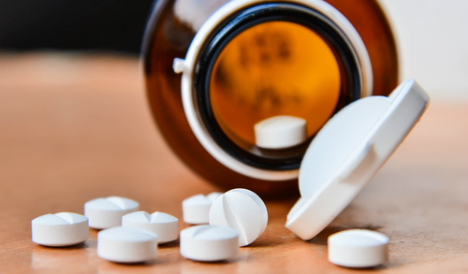 The couple are suspected of receiving the drugs by post from India, police in the northeastern Catalonia region said in a statement.

They are accused of trafficking illegal medicine and belonging to a criminal organization.

"They were selling more than 150,000 pills a month," which they received in parcels from India, "a country with a tradition of manufacturing illegal medicines for Europe", the statement added.

The racket had been operating since 2012 and last year alone they dispatched 2,900 parcels to customers around Europe, but mostly in Germany.

It was addressed to a mobile phone accessory shop that the couple are suspected of running as a front.

Police raided the shop and the couple's home. They intercepted 65 parcels addressed to countries across Europe and seized more than 400,000 pills total.

A judge identified the 53-year-old man as the suspected leader of the racket and remanded him in custody, the statement added.