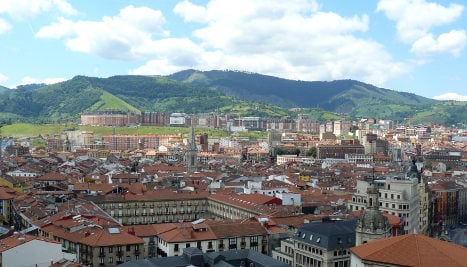 Representatives from the Basque tourism ministry and tour companies flocked to the International Tourism Exchange (ITB) in Berlin this week to showcase all the cuisine, natural beaches and culture that the region has to offer to Wanderlust-seeking Germans on holiday, El País reported.

Officials said in a statement that Germany is a "priority market" for the region and have set up their own space at the fair to promote the autonomous region under the title 'Euskadi-Baskenland'.

German tourists currently make up only three percent of visitors to the northern Spanish region, but that number has increased by 23.5 percent in the past five years.

Residents of Mediterranean Spain, and in particular islands like Mallorca, are accustomed to seeing hordes of Germans take over resorts and beaches in the summertime.

German media made much of the fact that in 2013 Mallorca officials said they would crack down on hard-partying at a popular beach resort destination, nicknamed 'Ballermann' by Germans, who made up 40 percent of tourists to the island at the time.

The Andalusian minister of tourism, Luciano Alonso, said during the convention that German tourists are also important to his region because they bring in "an extra €190 million" as Germans spend on average about €190 more per visit than other tourists, Teleprensa reported.

ITB Berlin, one of the largest tourist fairs in the world, began on Wednesday and is set to run until March 8.