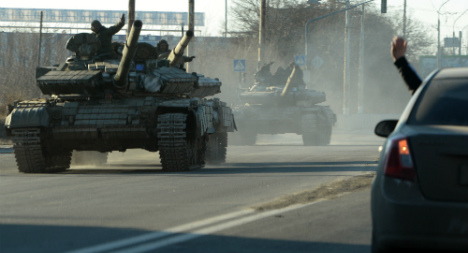 Officers detained the eight suspects in six regions across Spain, the government said in a statement. A source close to the investigation described them as "pro-Russian" and far-left in ideology.

The Spanish suspects were said to be inspired by the International Brigades, the multinational volunteer forces that joined Republican forces to fight against Francisco Franco's uprising during the Spanish Civil War of 1936-39. The arrests took place in Asturias, Catalonia, Extremadura, Murcia, Navarra and Madrid.

The men, who range in age from 20 to 30 and were all affiliated with Communist organizations, received support from a pro-Russian European league, according to Spanish daily El País.

"Eight Spanish combatants have been arrested who had returned from Ukraine after taking part in the conflict in the Donbass region," the government statement said.

Pro-Russian forces in the eastern Donbass region are battling those of the Ukrainian government, which is backed by the West. The conflict has killed at least 5,800 people since April.

Police said they had been able to identify the men from photographs they had uploaded onto social media of themselves posing with military equipment.

However, authorities refused to confirm the names of those in custody or to disclose whether they were holding two men that had appeared in a video circulating since last summer.

In the video, two men identified as Rafael Muñoz Perez, 27 and Angel Davilla-Rivas, 22, claim, in broken English, that what is seen on Spanish and American TV "isn't the truth".

"There people aren't terrorists, aren't criminals; they are only defending their homes and their families," said Muñoz Pérez in one YouTube clip.

He also asserted the right of the pro-Russian insurgents to have a referendum.

"We are here to defend civil people", said Ángel.

Muñoz Pérez has claimed that he is doing the same as international volunteers did in Spain during its civil war.

Police said of the arrests on Friday that the men, three of whom are former soldiers, were detained in simultaneous pre-dawn raids.

They facing charges of complicity in homicide, possession of weapons and explosives and acting against the interests of Spain in the conflict.

Similar operations have been taking place across Europe to try to stem the flow of fighters and dissuade those thinking of travelling to Ukraine to fight, according to El País.

It is not only pro-Russian fighters travelling from Europe. Four Swedish neo-Nazis were reported to have joined Ukrainian task force Azov, which fights for a ‘white Ukraine’ while a group of Danes led by a Chechen boxer have also travelled to Ukraine to fight against "that terrorist Putin".

Nato chief Jens Stoltenberg warned this week that any attempt to extend territory held by separatists in Ukraine would be “unacceptable” and told Russia to withdraw 1,000 items of military equipment from Ukraine’s territory. 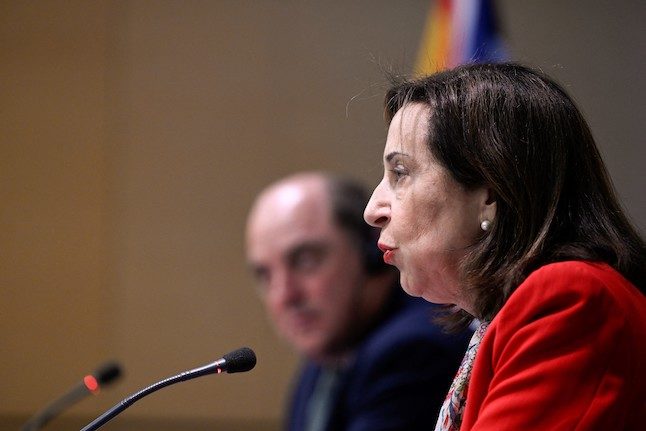