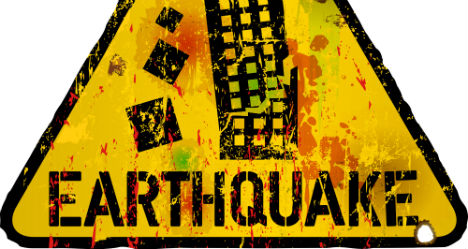 Many of the Tweets poked fun at the intensity – or lack of – of the earthquake.

Shut up and take my money! #terremoto pic.twitter.com/fyIx3smHgg

"I survived the Madrid earthquake 2015"

We will rebuild! #terremoto #madrid pic.twitter.com/68oBoZytFY

This was about the extent of the damage in Madrid.

A show of solidarity with the town at the epicentre of the earthquake, Albacete.

Many Tweeters chose The Simpsons to illustrate their feelings about the earthquake.

There is nothing quite like a relaxing #TERREMOTO in Plaza Mayor.. pic.twitter.com/Gg8Yhb89Ob

And of course, the earthquake was the perfect opportunity to poke fun at politicians. Ana Botella, Madrid's mayor, famously said "there is nothing quite like a relaxing cup of café con leche in Plaza Mayor" during Madrid's bid to host the Olympic games. The phrase was turned on its head on Twitter after Monday's earthquake.

UK
UPDATE: Is it possible to drive between Spain and the UK via France?
Url copied to clipboard!