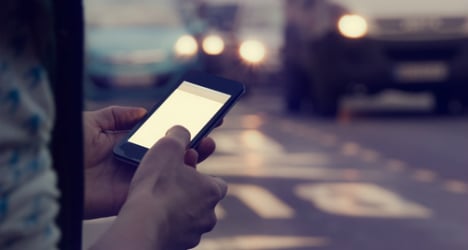 Photo of a man on a phone: Shutterstock

Extortionists have been ringing people around Catalonia and telling them their children have been kidnapped, when in fact they are safe and sound, in a bid to trick them into paying a ransom, Catalan police revealed on Tuesday.

The aim is to scare parents into handing over a ransom before they realize their children have not actually been kidnapped.

The majority of calls, according to the Mossos d'Esquadra police, are being made completely at random, so the callers cannot even be sure if their potential victim has children.

But for some phone calls, the extortionists have been doing some research beforehand; stopping people on the street to fill out a fake survey about the phone habits of their children, according to a report in Catalan daily newspaper, La Vanguardia.

"Catalan police are investigating three cases of #virtualkidnapping: 1 in Barcelona, 1 in Girona and 1 in Baiz Llobregat"

Catalan police are working together with Spanish national police to investigate the phone calls, which have also taken place in the northwestern Spanish region of Galicia.

In 2013, Spanish indie group Delorean were the victims of a 'virtual kidnapping' in Mexico, when they were taken hostage by criminals posing as security guards and taken to a different hotel.

The kidnappers then called family members of the Basque quartet and tried to extort money from them. The kidnapping lasted 30 hours before police rescued the group.

The usual modus operandi in these types of fake abductions involves convincing the alleged hostages they are in danger in order for them to become unreachable or mysteriously absent.

Scammers will pretend to be police officers when they call the victims and either ask them to hide out in an area with no phone signal or tap their mobiles so that nobody can reach them.

In January 2015, the FBI issued a statement warning of a wave of 'virtual kidnappings' in New York City whose methods resemble those currently being investigated in Spain.

Parents were being called and told their children had been kidnapped, the callers hoping to extort ransom money from the parents before they discovered their children were actually safe and sound.