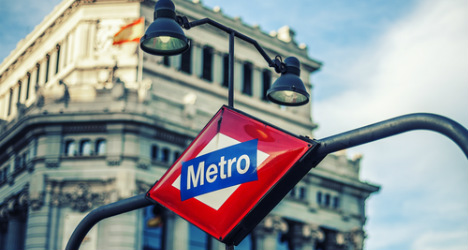 Madrid Metro has dismissed the head of its security service, it was announced on Monday, after a homophobic internal memo was leaked warning metro staff to be extra suspicious of gay people. Two other employees have also been fired, coordinators of security and operations, according to Spanish daily, El País.

The memo, which was circulated among Madrid Metro staff, called for "gays, musicians and beggars" to be more routinely checked for tickets than other passengers.

Madrid Metro announced the dismissals in a statement, in which it detailed how a member of staff had sent the "regrettable" email to the Metro’s security company. In the statement, Madrid Metro also described how its fired head of security "should have supervised the sending of the document."

In a show of remorse, representatives from Madrid Metro met with LGBT groups on Monday morning to explain to them in person that the Metro does not share the views expressed in the memo.

"We have asked Madrid Metro, in a meeting we had this morning with management, to launch an information campaign to show that LGBT people are included and accepted by Madrid Metro", Gerardo López, spokesman for Madrid-based LGBT group, COGAM, told The Local.

"We also told them the LGBT community should have a say in the campaign so that we can avoid such an unfortunate incident happening again," he added.

Protestors assembled in central Madrid at the weekend to demonstrate against Madrid Metro in a "kissing for tolerance" protest, with the aim of reclaiming respect and tolerance of gay people.

LGBT protestors stage a 'kiss-in' in central Madrid to demonstrate against the homophobic metro memo. Photo: Courtesy of Gerardo López.

"We believe these kind of actions are effective because it is a peaceful way to draw attention towards homophobia, as well as to the violence it generates," López, spokesman for COGAM, who helped organize the kiss-in, told The Local.