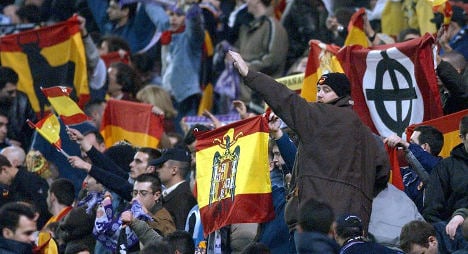 Antonio Menendez, known as El Niño Skin (The Skinhead Boy in English) was trying to board a flight to the Caribbean at Madrid’s Barajas airport by using his cousin’s passport.

Officers knew he was trying to flee the country and were waiting for him when he arrived at Barajas.

Aside from his violent behaviour inside Real Madrid’s Santiago Bernabeu stadium (he is believed to have stabbed several Atletico de Madrid radicals in January 2014), El Niño Skin has a history of criminal behaviour.

Upon his arrest, he was charged with extortion, aggravated robbery, crimes against public health and numerous other charges, Spanish daily El Mundo reported.

All three men had recently extorted 10.000 euros from a businessman in the Madrid neighbourhood of Vallecas by threatening to kill him and passing themselves off as policemen.

Last December, two other Ultrasur members were arrested after they nearly suffocated a lawyer to death in order to rob her of 12,000 euros.

Real Madrid’s Ultrasur gang is one of Spain’s most notorious hooligan groups.

Numbering at around 500 members, they dress in ‘skinhead’ attire, carry Nazi insignias such as swastikas to the stadium and chant racist slogans.

They were banned from the Bernabeu stadium in 2014 by Real Madrid president Florentino Perez, now their public enemy number one.

The violent death of a Deportivo fan last December at the hands of Atletico de Madrid hooligans has put the spotlight onto football violence in Spain.

Jimmy, as the murdered man was nicknamed, was beaten and thrown into Madrid’s Manzanares river, later dying in hospital of cardiac arrest.

The incident has also exposed the fact that many of these Ultra groups (between 20 and 30 percent according to Spanish police) are ‘camouflaged’ under the protection of Spanish football clubs, given almost VIP fan status in exchange for livening up stadiums with their chants, banners and slogans, Spanish newspaper El País stated.

The Spanish government’s response to the fan’s death was to order the sacking of the security heads of football clubs Atletico Madrid and Deportivo La Coruña. 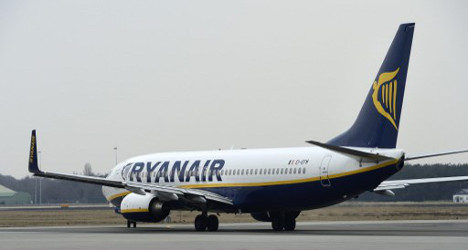