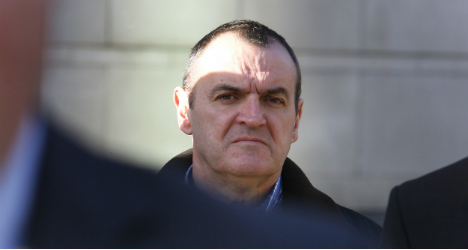 Iñaki de Juana Chaos, 59, was photographed by Spain´s El Mundo newspaper running an off-license in the Caribbean resort of Chichireviche. He is understood to be living there with his wife, Irati Aranzabal Zuloaga and their young child.

The man convicted for the death of 25 people in a series of attacks in the 1980s was controversially released from prison in 2008, a move that provoked widespread outrage across Spain.

He had served just 21 years of a 3,000-year jail sentence and was released on good behavior under rules of the then penal code when there was a maximum jail term of 30 years regardless of the crime.

De Juana Chaos is wanted on an international arrest warrant on charges of "glorifying terrorism" after a letter from him was read out at a gathering of supporters to celebrate his release from prison on August 2nd 2008.

He promptly fled to Ireland and headed north where he sought refuge with members of the provisional IRA in Belfast.

He was fighting extradition to Spain when he disappeared from Belfast and went into hiding and was presumed to have fled to Venezuela helped by Eta members living in exile.

Spain's Association of Victims´ of Terrorism (AVT) issued a public demand for Spain's government to renew efforts to capture and return de Juana Chaos to Spain.

"It is very upsetting for the victims to discover through the media that this person is living a normal life, running a catering business and walking around free in Venezuela," said the group in a statement released on Monday morning.

"We again urge the government to initiate and fast track the necessary measures to see that the Interpol arrest warrant is acted upon."

Eta declared a "permanent" ceasefire in 2010 bringing an end to a four-decade-long terror campaign for an independent Basque homeland incorporating parts of northern Spain and south-western France that claimed more than 820 lives.