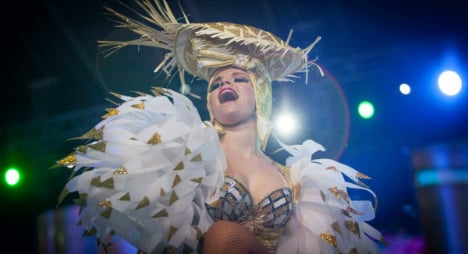 An adult, senior and junior queen are crowned every year, the adult queen competition is televised and will take place this Wednesday, February 11th.

Thousands of revelers descend on Santa Cruz for the carnival which was, in 1980, declared a ‘Fiesta of International Tourist Interest’.

The Carnival has been celebrated on the island of Tenerife since the early European settlement of the Canary Islands. When Spanish dictator, General Francisco Franco banned carnival celebrations throughout the country, Tenerife got around the ban by renaming the carnival ‘Winter holiday’.

Over 250,000 people take part in the carnival celebrations, dressing up, dancing in the streets and enjoying the Rio-like atmosphere that hits Tenerife once every year.