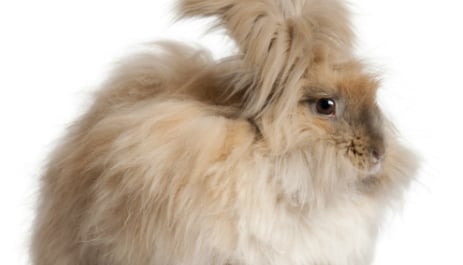 A photo of an angora rabbit:Shutterstock

The world´s largest clothing retailer, which owns brands including Zara, Massimo Dutti, Bershka and Pull&Bear, will stop selling garments made from the wool of angora rabbits at its more than 6,400 stores worldwide.

The Spanish clothing giant announced the ban following a year of negotiations with animal rights group Peta, after the campaigners exposed the cruelty behind the fashion for fluff.

In a shocking report Peta revealed that fur is ripped out of live rabbits at farms in China (which supplies 90 percent of the angora fur trade) to ensure the wool fibres are as long and thick as possible. In the footage the rabbits are seen writing in pain as the fur is removed before being stuffed back into cramped cages to regrow fur to be plucked again.

More than 300,000 signatures were collected in an online petition calling for an end to the use of angora fur in fashion.

Inditex has pledged to donate all its garments featuring angora wool from previous seasons to Syrian refugees. The clothes, numbering around 20,000 items, will be sent to refugee camps in Lebanon through the charity Life for Relief and Development.

"Thanks to Inditex's massive donation, PETA are able to send a vital message about compassion for animals this winter – that only people desperately lacking basic necessities have any excuse for wearing fur that is ripped out of live animals' bodies",  Ingrid E Newkirk, the managing director of Peta said in a statement.

"We're calling on all remaining retailers – such as Benetton – that are still touting these products of rabbit torture to follow quickly in the footsteps of Inditex and others, or else they'll watch their customers, wallet in hand, walk out the door," she said.

Inditex are the latest of around 70 top brands and retailers – including ASOS, Calvin Klein, Stella McCartney and Tommy Hilfiger – that have permanently banned angora wool as a result of PETA Asia's investigation.