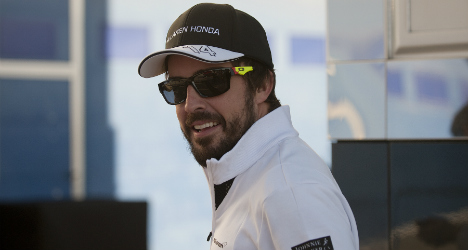 Information shared by Spain´s digital newspaper El Confidencial show the extent to which some wealthy Spaniards were helped by international banking giant HSBC to squirrel away funds in secret accounts to evade taxes.

The information was contained within a cache of data leaked in 2007 by whistle-blower Hervé Falciani, a former IT worker at HSBC in Geneva who is now in living in France.

The data, which has been analyzed by the Washington-based International Consortium of Investigative Journalists (ICIJ)  includes details of some 30,000 accounts with assets totaling $120 billion.

Emilio Botin, the head of the Santander banking dynasty who died last September was reported to have amassed a fortune of 2 billion euros and used a shell company in Panama and the Virgin Islands to transfer funds, according to El Confidencial.

The Botin family paid 200 million in back taxes to the Spanish treasury in 2011 to avoid charges of tax evasion.

The Formula 1 driver Alonso was also profiled in the report. A two-time winner of the the F1 World Driver’s championship, he took up residence in Switzerland between 2006 and 2010 before returning to Spain.

"It´s great to be home," he said on his return to Spain when he was presented with a tax bill. "I´m happy to pay the money. I´m not poor – just a little bit less rich now."

For much more on how HSBC’s private bank in Switzerland catered to clients seeking to evade taxes, including those involved in money laundering, financing terrorism and drugs and arms trafficking, visit The Local Switzerland.