Madrid's Gregorio Maranon hospital plans to treat 55 patients in all with the technique in a clinical trial, the regional Madrid government which runs the hospital said in a statement.

"Seven patients have already been operated on and they have progressed very well despite having suffered serious damage to their heart tissue," it added.

It is the first time that allogeneic cells — stem cells that come from another person — have been used to repair damage to a heart caused by a heart attack, the statement added

A heart attack happens when the organ is starved of oxygen, such as when a clot blocks the flow of blood to the heart.

As the heart heals, the dead muscle is replaced with scar tissue, but because this does not beat like healthy heart muscle the ability to pump blood around the body is reduced.

While patients with mild heart failure can live a relatively normal life with the help of drugs, those with severe heart failure can suffer prolonged pain and distress because everyday tasks such as doing the shopping or taking a shower leave them exhausted.

Doctors around the world are looking at ways of "regenerating" the heart to replace the scar tissue with beating muscle. Stem cells figure prominently in their plans although they have up until now involved the patient's own stem cells.

While it takes 4-8 weeks to process a patients' own stem cells to be used in therapy, donor cells can be processed and stored and are available for immediate use, the hospital's head of cardiology, Francisco Ferandez-Avila said in the statement.

"Besides this very important advantage, this technique allows for the selection of donors whose cells show the greatest potential to repair" heart tissue, he added. "Before being processed, the allogeneic cells are exhaustively studied and only those that functioned best are selected," he added.

The cells are injected into the heart through a coronary artery.

The clinical trial is partially financed by the European Union. The hospital is coordinating the study which has involved the cooperation of about 20 European bodies. 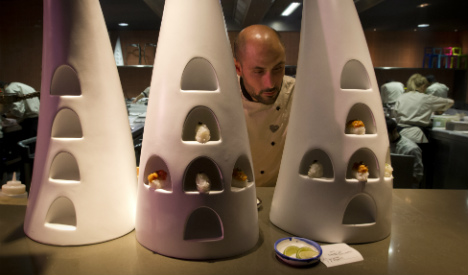