Photo of a lady in Spanish glasses: Shutterstock

Spaniards are a confusing bunch. They're spontaneous but love routine, they're deeply traditional and yet socially liberal, and they can't seem to decide whether Spain is paradise on Earth or some kind of hell designed to test them.

After five years in Spain and two with The Local, I've collected together some of what I think are the strangest facts about this country I've grown to love with a passion I don't always understand. As an Australian, I thought I was OK with the odd bit of filthy language. Then I moved to Spain. Little did I know I was moving to the country of world champion swearers.

Years later, it still surprises me when I’m walking down a street in Spain and I hear an old lady spitting out the word “coño” (think four-letter English swear words starting with ‘c’ and you get the idea).

Some of the Spanish expressions for sex are also pretty colourful (fancy rubbing the spring onion anyone?), and there’s no question they are a lot of fun. But for better or worse I don’t think I’ll ever compete with Spaniards when it comes to being foul-mouthed. I have no problem with going to movies or a restaurant alone. I even like the occasional holiday by myself. In Spain, this makes you a weirdo.

As a rule, Spaniards really don’t like being alone for more than about five minutes, and if they are, they will pull out their phone and call someone or check their Facebook page. The other week I actually saw a woman shouting into her phone while going for an early Sunday morning run.

This sociability is one of Spain’s best aspects. If you make the effort, you’ll never be short of friends. But it also means you can feel very uncomfortable if you’re not standing around with a group of 20 other people. Like many expats I moved to Spain because I was attracted to the free-wheeling, anarchic lifestyle. Forget it.

I soon discovered that Spain is just like Switzerland in the sun: both countries run like clockwork.

Spaniards tend to do the same thing every day at the same time — just two hours later than anywhere else in the known universe, thanks, it seems, to former dictator Francisco Franco. Morning coffee is always at eleven, lunch comes around at 3pm, and don’t even dare suggest going out to a club before 1am.

It’s not just about daily routines either. Each year in Spain seems designed to be as similar to the last as possible with Spaniards going to the same beach for their annual holidays, meeting up with same people there, eating the same food and talking about the same things.

Spain has a problem with litter For such a clean country, Spaniards are surprisingly relaxed about littering.

While people spend hours scrubbing out their own apartments with bleach and would never dream of going out in public looking less than immaculate, there are plenty of people  who are quite happy to drop a piece of paper on the street.

It’s the same in bars. I always feel like I’m in the Wild West when I see restaurant floors covered in everything from tooth picks to ketchup sachets. Spaniards have plenty of reasons to complain and are not shy about having a moan about everything from the country’s high unemployment rate to chronic corruption.

But the moment a foreigner puts the boot into Spain, the defences come up. As many expats have learned the hard way, one of the best ways to lose a Spanish friend — or ruin a night out — is to criticize the country.

The lesson here? Think carefully before you make comments about Spaniards being lazy (or indeed being unadventurous or litter dropping). Hopefully my friends will forgive me.

And remember: never, ever say a bad word about the food. 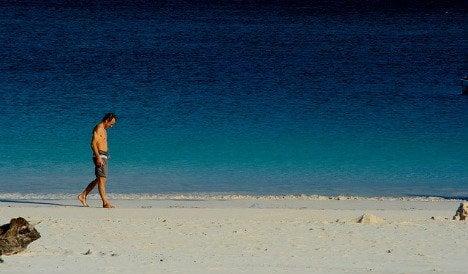 SPANISH HABITS
My Spanish habits that foreigners just don’t get 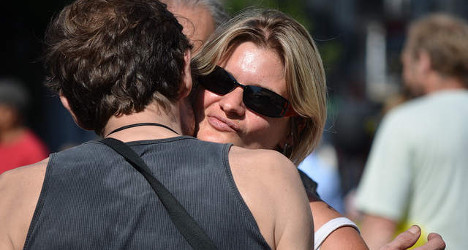