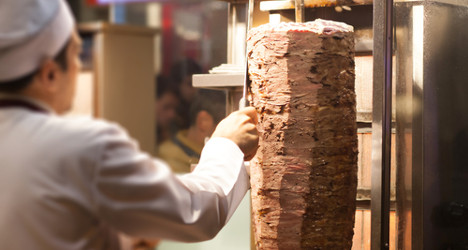 Photo of a kebab shop: Shutterstock

On Monday, the party in the city of 135,000 people introduced a number of proposals aiming to "protect traditional businesses", according to Catalan daily La Vanguardia.

The seven measures included making businesses such as kebab, phone and pound shops comply with the opening hours set by the city and making sure they comply with hygiene standards. The measures also included enforcing current laws on when alcohol can be sold.

The measures are particularly focussed on businesses in the historic centre of the city, around the central market and in the areas of Ponent and Sant Pere I Sant Pau.

The PP spokesperson for Tarragona council, Alejandro Fernández, said that the measures aimed to protect traditional businesses against "unfair competition".

He claimed he was not suggesting these shops should close, but should "play by the rules, like all the other businesses".

The build-up of these kinds of businesses leads to “an inferior quality of public space and a process of deterioration”, said Fernández.

The PP now wants to introduce a minimum distance of 500 metres between new businesses of this kind, in order to prevent "ghettos" from forming.

The party has said that many business-owners complain about the lack of control over this kind of business and that the "legal vacuum" surrounding many of these businesses would be addressed with the new measures.

The proposals include fines of between €1,500 and €3,000 in the case of businesses breaching the new regulations. On the third breach of regulations, their license would be revoked.

Fernández has said the PP will try to reach an agreement with the other groups that make up the council.

If no such agreement can be reached, however, the party will campaign on the issue during upcoming municipal elections.